You can sleep easier knowing this statistic (and its several variants) is total nonsense. An implausible chain of events – starting with the spider crawling or falling into your mouth – would be required for you to unknowingly swallow even one spider. According to Snopes.com (a website that investigates urban legends), this myth began circulating during 1993, when a magazine columnist wrote about ludicrous things people believe because they read it in an email. Snopes says the writer “offered her own made-up list of equally ridiculous facts, among which was the statistic cited above about the average person’s swallowing eight spiders per year.” Her example – deliberately selected because it was so absurd – has since become one of the most repeated false “facts” on the internet. (http://www.snopes.com/science/stats/spiders.asp) 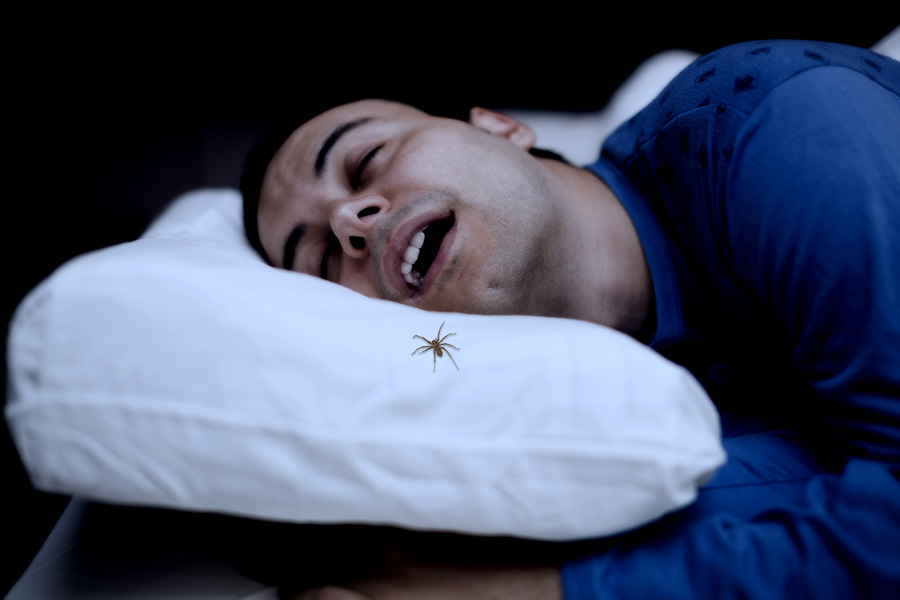 Myth #2 – Daddy Longlegs are the most poisonous spiders known, but their fangs are too weak to pierce human skin.

Wrong… Wrong… and WRONG! This commonly repeated, but totally false belief is incorrect on at least three levels:

First, daddy longlegs technically are not spiders. Rather, they are classified into their own taxonomic group – the Opliiones. This is separate from the taxonomic grouping of spiders: the order of Araneae.

Second, daddy longlegs do not produce any venom at all, let alone a highly poisonous toxin.

Third, daddy longlegs entirely lack fangs. Some types of daddy longlegs in Idaho have mouth parts that for an enlarged pincer-like tooth, and so might slightly pinch, but none bite.

This story probably originated because of the physical resemblance of daddy longlegs to cellar spiders. The so-called daddy-longleg spiders Cellar spiders do produce biologically toxic venom, but indeed their jaws are too weak to bite people. A simple way to distinguish living specimens of these two is from their spinning web habits. Daddy longlegs do not spin webs and are seen running agilely over the ground. In contrast, Cellar spiders do spin webs – where they are almost exclusively found. If they are knocked off their web, cellar spiders move clumsily on the ground. 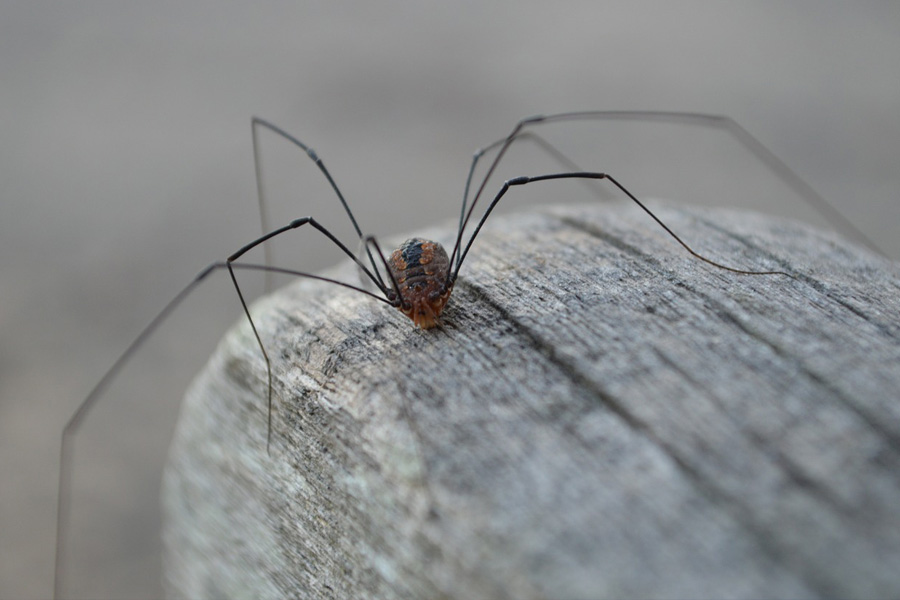 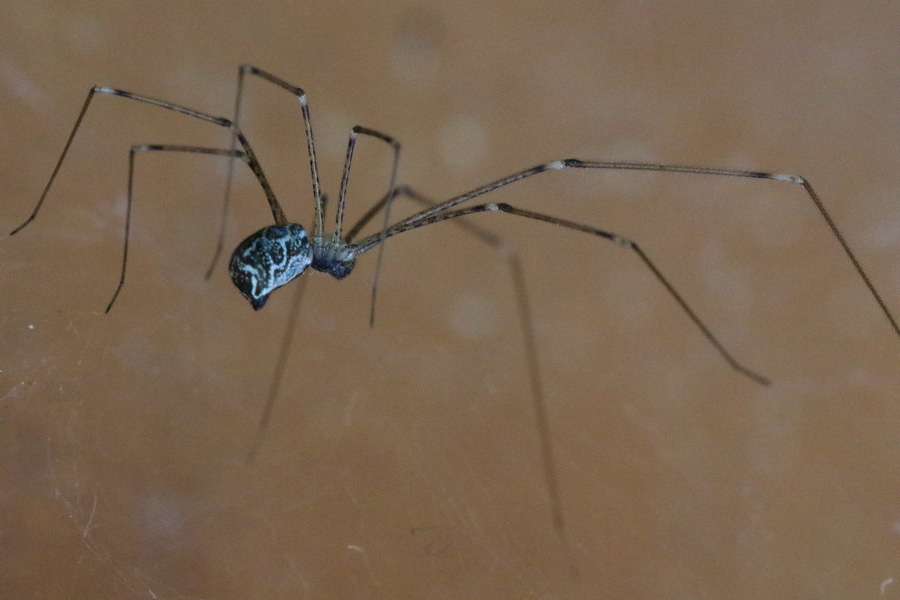 The name “black widow” comes from the misconception that the female always kills and eats the male after mating. According to one account, “she lures the male within striking distance and pounces upon and binds him in a mummy casket of web, subsequently feasting upon his life juices.”

Mating between any type of spider can prove fatal if one sex – typically the female – mistakes the other for prey. The presumed cannibalistic mating behavior of black widows seems to come from studies made in closed containers that trapped the male with the female, and so does not represent normal behavior. To the contrary, in one species of U.S. widow (the “red widow” spider – Latrodectus bisopi), the male lives together with the female in the same web. This spider does not occur in Idaho. But in at least one type of Latrodectus widow – the Australian red-back (which also does not occur in Idaho), the male seldom survives mating. Here the male spider somersaults his abdomen during mating so that it is next to her mouth parts. He literally tries to distract the female while mating by offering himself as food. She usually, but not always, accepts his offer. 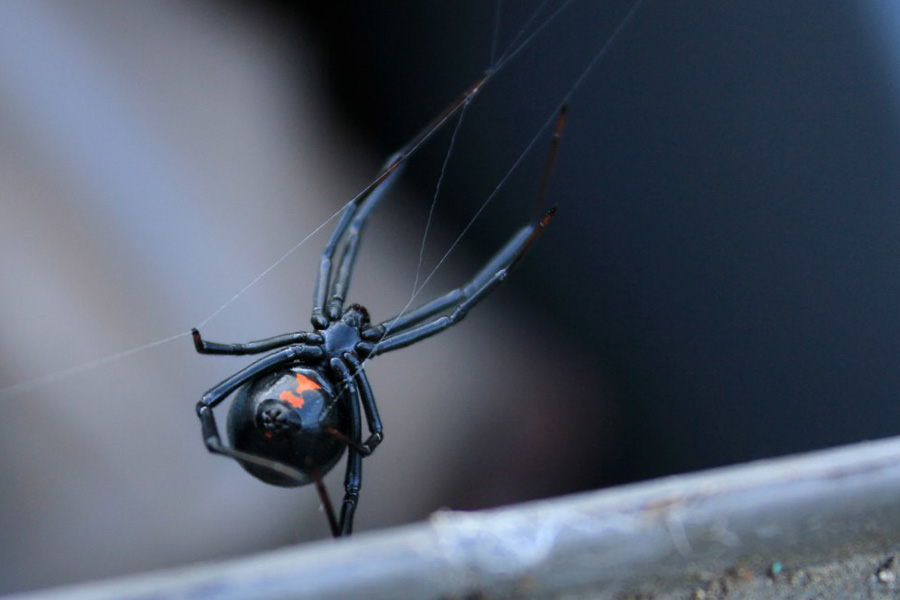 Myth #4 – Hobos are the spiders with the “boxing gloves”

Although male hobo spiders do have enlarged pedipalps that give them the “boxing-gloved” appearance, that characteristic is not unique to the hobo. All adult male spiders have enlarged pedipalps that give them a boxing-gloved appearance. The only thing that one confidently can conclude about spiders with “boxing gloves” is that the specimen is a mature male. To positively identify a specimen as a hobo spider, microscopic examination of the pedipalps structure is required. (Or, use any of the other hobo specific characteristics to identify the spider.)

This image is of a male hobo spider showing “boxing-gloved” appearance. This feature is not unique to the hobo spider, rather is characteristic of all male spiders regardless of species. Hobo spiders are most commonly identified by their overall tan color, no banding on the legs, and the brown and black diamond/chevron pattern on their abdomen. 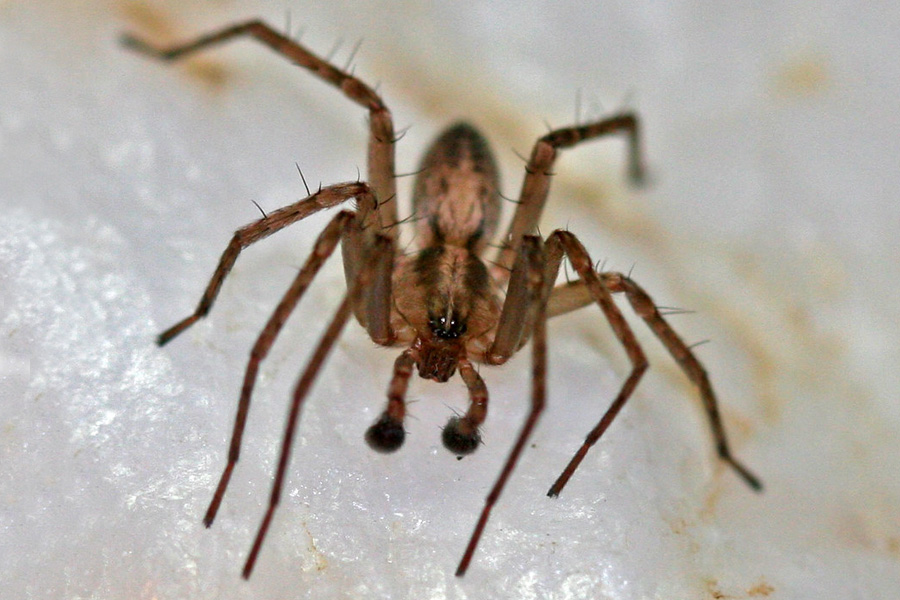 Although the approved name for Tegenaria agrestis is the hobo spider, some references instead call it the “aggressive house spider” for its supposed easy-to-provoke bite response when cornered. We do not believe hobo spiders are any more likely to defensively bite than any other Idaho spider. It is true hobo spiders (like many spiders) rush out onto their webs in response to small prey insects. It even may seem like hobo spiders directly charge towards you. In reality, it is unlikely the spider can even see you. Hobo spiders depend on their sense of touch, not eyesight. 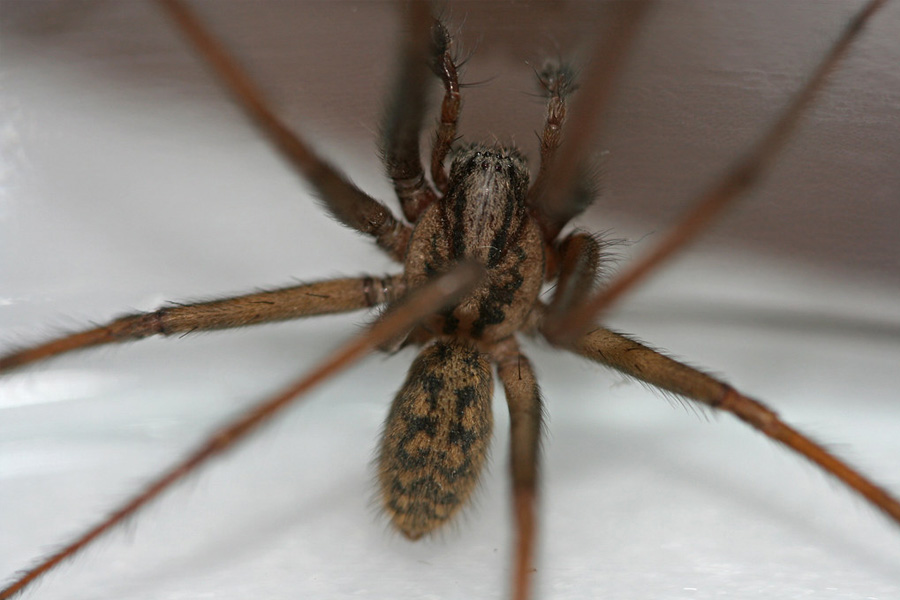